Is My Dog Secretly Angry With Me?

Dogs are said to be a man’s best friend. But even the best of friends tend to have some small fights between them every once in a while. Dogs can get angry with you for a number of reasons. Since dogs don’t speak the same language as we do, it can get quite frustrating to figure out why your dog is angry with you. However, there are some indications that dogs use to cue their anger or annoyance. Here is a list of signs you need to watch out for to know if your dog is angry with you.

ALL BLOGS FOR DOG PARENTS

10 Signs Your Dog is Actually Mad at You 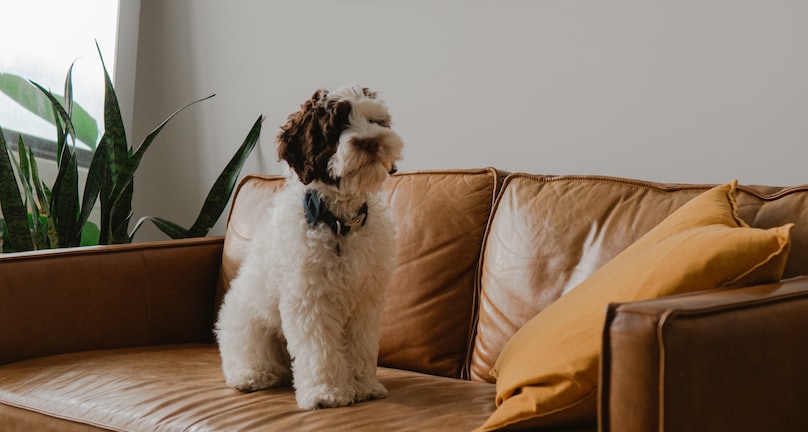 This is the most obvious sign that shows your dog is angry with you. Just like humans, dogs also tend to give their loved ones the cold shoulder when they’re mad at them. In fact, dogs might have even learned this behavior from living with humans for so long.

If your dog is indeed mad at you, it won’t respond when you call its name. It won’t even come to greet you when you come home from work. You’ll also see that your canine won’t be interested in playing its favorite game of fetch when it’s mad at you.

A common sign that shows your dog is angry with you includes flat ears. Your dog could also be expressing its anger towards you by keeping its head lowered and mouth tightly shut.

Dogs are likely to pee inside the home if they haven’t properly been housetrained. But, if you have a trained dog that has recently started to pee on your stuff, chances are that it’s mad at you.

The important thing to remember here is to not lose your temper. If you start yelling at your dog, it’ll just worsen your relationship with it. Instead, try to get it to stop being angry with you. A gentle scratch behind its ear is most likely to get you forgiven.

As a dog parent, it is crucial for you to pay attention to this behavior. If you notice that your canine is yawning, the first thing you should do is remove it from the situation that causes it. You should try to figure out what caused your dog to feel that way. By the way, a big toothy smile from you goes a long way in making your pup feel happy again.

A dog expresses several emotions through its growl including fear, aggression, anger, and its desire to play. However, it most commonly indicates that your dog is angry with you over something.

Your dog might also be growling to warn you that it’s going lash at you. So, if your dog starts to growl while you’re doing something to it, it means that they’re getting annoyed. The best thing to do here is to immediately stop whatever you’re doing.

Dogs can show their annoyance by repeatedly licking their lips and nose. This especially holds true when there’s no drool-worthy food around.

One situation where you will probably observe this behavior a lot is when strangers or children start hugging your dog. The solution to this problem is to simply ask people to stop hugging your dog.

#7 – It Starts Hiding from You

If your dog is hiding under the bed or behind the couch, it’s probably because it’s feeling scared. However, dogs also start hiding to show their owners that they are annoyed with then,

So, if you see that your dog is escaping a particular situation by hiding somewhere, it means that it’s overwhelmed and unable to cope. Chances are that your dog won’t return to you unless you fix whatever’s irritating it.

This is another way for your dog to show that it’s angry with you. It’s very similar to the ignoring sign. For instance, you give your dog a command to do something or call out its name, but it keeps sitting and stares at you blankly.

When your dog is extremely angry at you, it’ll stiffen up its body. If you feel that your dog’s body has tightened up and its ears have become flat, you should realize that it’s feeling very stressed and mad.

Here, it is extremely important that you give your dog some space to cool off. If you don’t, s your dog can even become aggressive and bite you.

Note – This behavior is more common in smaller dogs and pups as opposed to adult dogs.

Your canine will tuck its tail between its leg if it’s annoyed with you. This posture also indicated that your dog is feeling defensive.

If you see your dog crouched in this position, lower your voice and speak to it in a gentle and soothing tone. This will help to re-instate your bond with your dog.

We hoped this article helped you learn the signs that indicate your dog is angry with you.

DhohOo believes in giving your canine the best! We offer you an assortment of dog supplements and tasty treats. For more information, feel free to check our store.